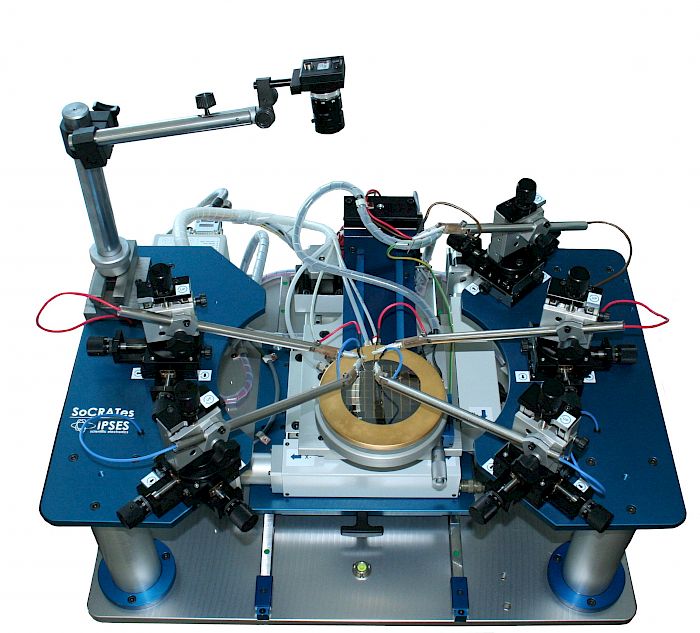 SoCRATes test system for the characterization of the solar cells is a fast and precise instrument to verify the correct functionality and to divide into similar classes the solar cells used in the aerospace sector.
The system is able to test and classify the cells contained in wafers of various sizes (up to 4 inches) and to interface with solar simulators controlling the relevant shutter. The device is composed of:

A vacuum system, integrated into the wafer chuck, ensures the stability of the position of the wafer during the test, while a system of recirculation of water allows the stability of the temperature. The temperature is continuously monitored by a platinum sensor.
The three-axis system allows the positioning and the contacting of each cell on the needles so that all pads are contacted. An active load running on all four cartesian quadrants allows a complete characterization of the cell by the following tests:

The electroluminescence is evaluated by a NIR camera that captures both the visible spectrum and the near-infrared (400 nm to 900 nm).